Speaking about the significance of these new facilities to the commonwealth, Governor Northam remarked, “New facilities better equipped to sustain growth are a key component for Virginia ABC to continue expanding sales and revenue to provide a dependable source of funding for state programs. This complex in Hanover County will provide Virginia ABC with the platform to do just that.”

Throughout the summer, ABC will transition approximately 500 staff, as well as supplies and equipment from the existing offices and warehouse at 2901 Hermitage Road in Richmond to the new Hanover County facilities at 7450 and 7452 Freight Way in Mechanicsville.

“Over our 87-year history, ABC has grown and adapted to meet the needs of the commonwealth,” said ABC Chief Executive Officer Travis Hill. “These new facilities build on the value of Virginia ABC. We will continue to earn the public trust with our actions, and we will do so by always looking to the future.”

Construction on the 40-acre site near the intersection of Pole Green Road and I-295 began in February 2020. The new administrative headquarters is 95,000 square feet with three floors, open areas for collaboration, more than 40 meeting rooms and more than 500 workstations/offices. At 315,000 square feet and expandable to 399,000 square feet, the new distribution center is approximately 37% larger than the previous ABC warehouse in Richmond. 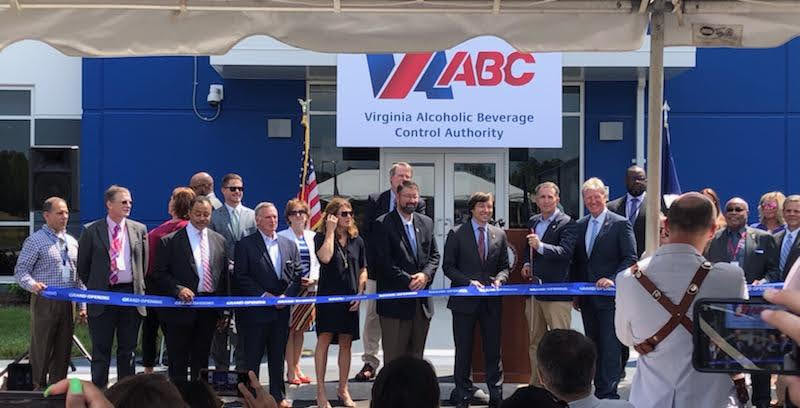 The Virginia Alcoholic Beverage Control Authority (ABC) is a major source of revenue for the commonwealth, contributing more than $2.3 billion to the general fund in the last five years. Virginia ABC currently operates 394 state stores and provides alcohol education and prevention programs for people of all ages. Its Bureau of Law Enforcement oversees approximately 19,000 ABC licensed establishments. Now marking its 87th year, ABC remains committed to progress and innovation in carrying out its vision of bringing good spirits and excellent service to Virginia.