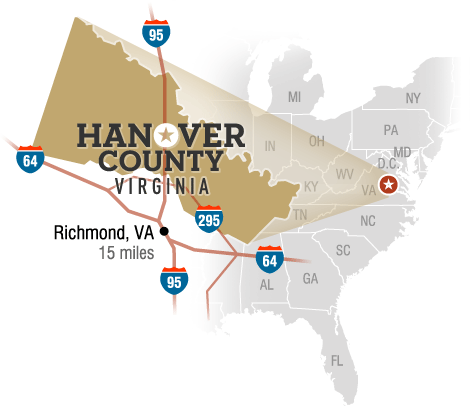 Hanover County is strategically located in Central Virginia and is perfectly situated at the mid-point of the East Coast. It is bisected by Interstate 95, just north of its intersection with Interstate 64 in the metropolitan Richmond region. Interstate 295 borders the County on the south.

As the result of its proximity to major population centers along the East Coast, Hanover businesses have access to an enviable transportation infrastructure that includes major interstates, rail and port facilities, commercial and municipal airports, foreign trade zones, and overnight delivery hubs.